3 replies to this topic

Went with a buddy a few nights ago night calling.

First stand we called in nada, nothing, zilch.

Our second stand we set up in tight quarters. Its a narrow hiking trail and we can see 15 yards in front of us and 15 yards behind us because the trail curves. After a few minutes of calling a gray Fox runs out in the middle of the trail, stops and looks at us. Shot was taken with a 17 HMR and its dead. We keep calling and a few minutes later another Fox shows, but my buddy shot and missed. We collect our prize and move on.

Fourth stand was in a wide open clearing. A Fox shows up at the ten minute mark. I usually call for about 11 minutes and go to the next spot.. He was a minute early, too bad. Fox shot dead. We move on.

At this point my buddy had shot both Fox and I'm feeling the pressure now. Im pulling the trigger at first sight from here on until I catch up.

Fifth stand is all me. My buddy is calling and the Fox comes in after about 5 minutes... I send the 50 grain 223 Nosler, Fox drops dead right there. But wait there's more! That  one came in so soon we kept calling and sure enough another Fox shows up. So, I send another 50 grain 223 Nosler and just like before Mr. Gray Fox drops dead right there. We are tied up! 2 for 2.. YES!!

The next two stands we called in nada, nothing, zilch and then we went home

A four Fox night works for me. 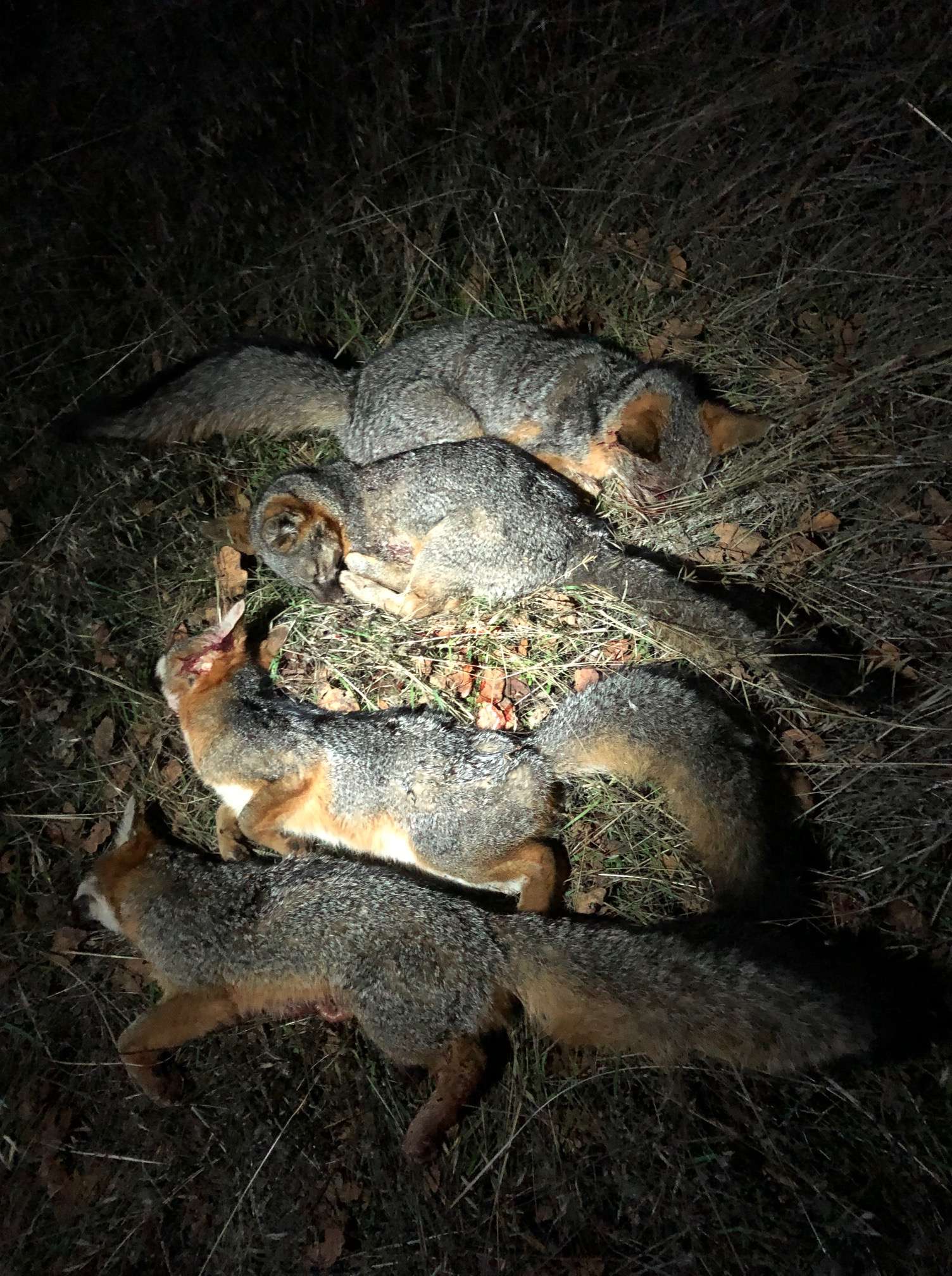 In the county where I live, foxes can only be hunted on horseback with dogs.

I don't see fox often, but they get the lead treatment when I do. Unlike a coyote, a fox will dig under just about anything to get at chickens and ducks.